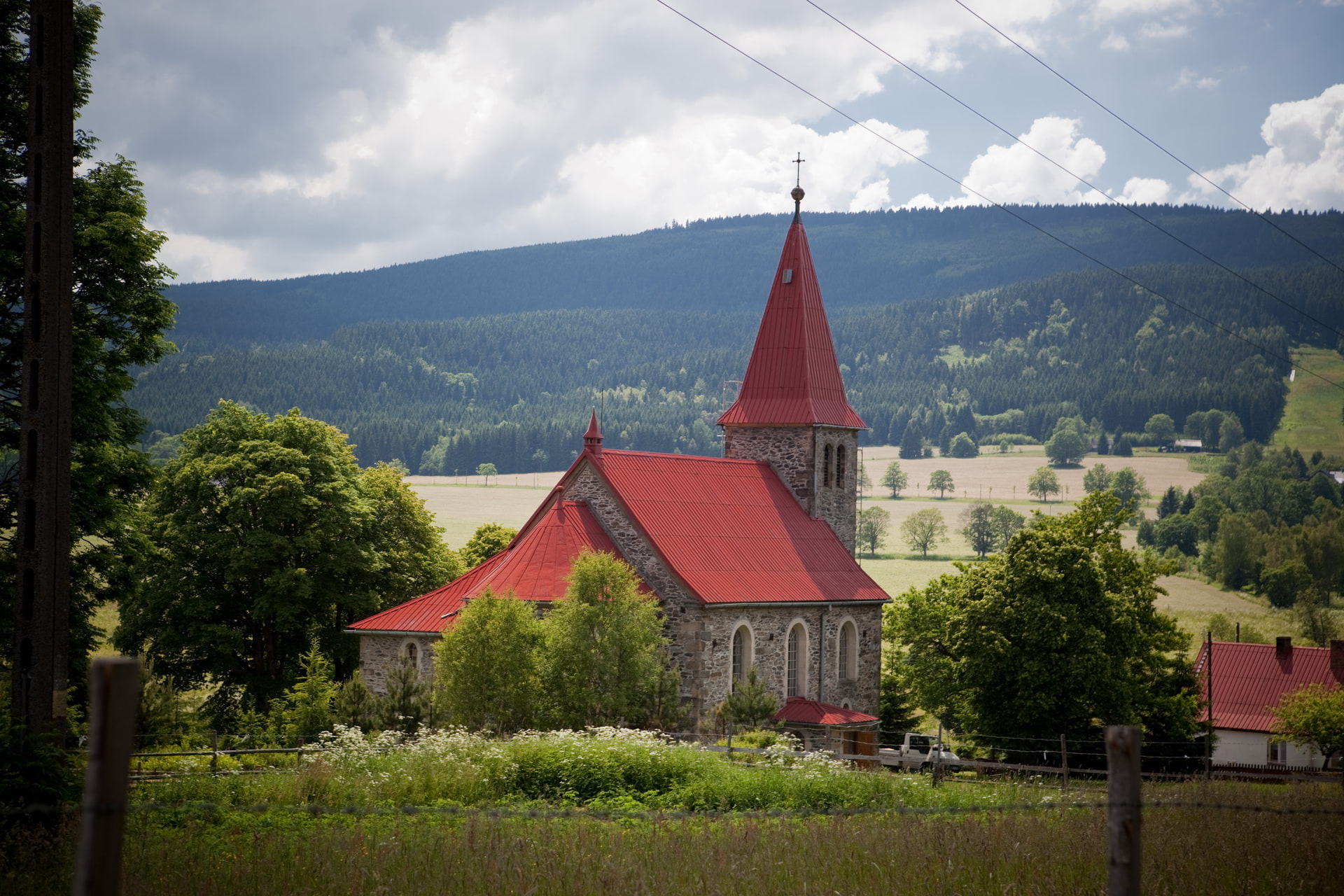 During your stay in Lasówka, it is worth going to the local church. st. Anthony. This historic building was built in 1912 and is made of sandstone. Inside, the original, pre-war furnishings have been preserved. Holy masses are held here on Sundays and public holidays, at 10.45.

Every year, in mid-June, a fair is organized by the church in honor of its patron. The inhabitants and friends of Lasówka gather, and sometimes also foreign guests. In addition to Polish, you can hear conversations in Czech, German or Dutch. You can take part in a raffle and try delicacies prepared by the inhabitants of Lasówka.
In the vicinity of the church, there are foundations of a grinding shop, a remnant of the glassworks that used to function in Lasówka.

One of the local attractions is also the pyramid, which is a representation of the Egyptian pyramid of Cheops (the directions of the world have been preserved), but in a 1:40 scale. It is located in the “Andrzejówka” agritourism and was made by the owner, Mr. Andrzej Młynarek. Although relaxation in the pyramid was intended rather for the guests of “Andrzejówka”, those interested in the unusual properties of this remarkable facility can always visit Lasówka 4.

Bones and surroundings can be found on the Lasowka.info.